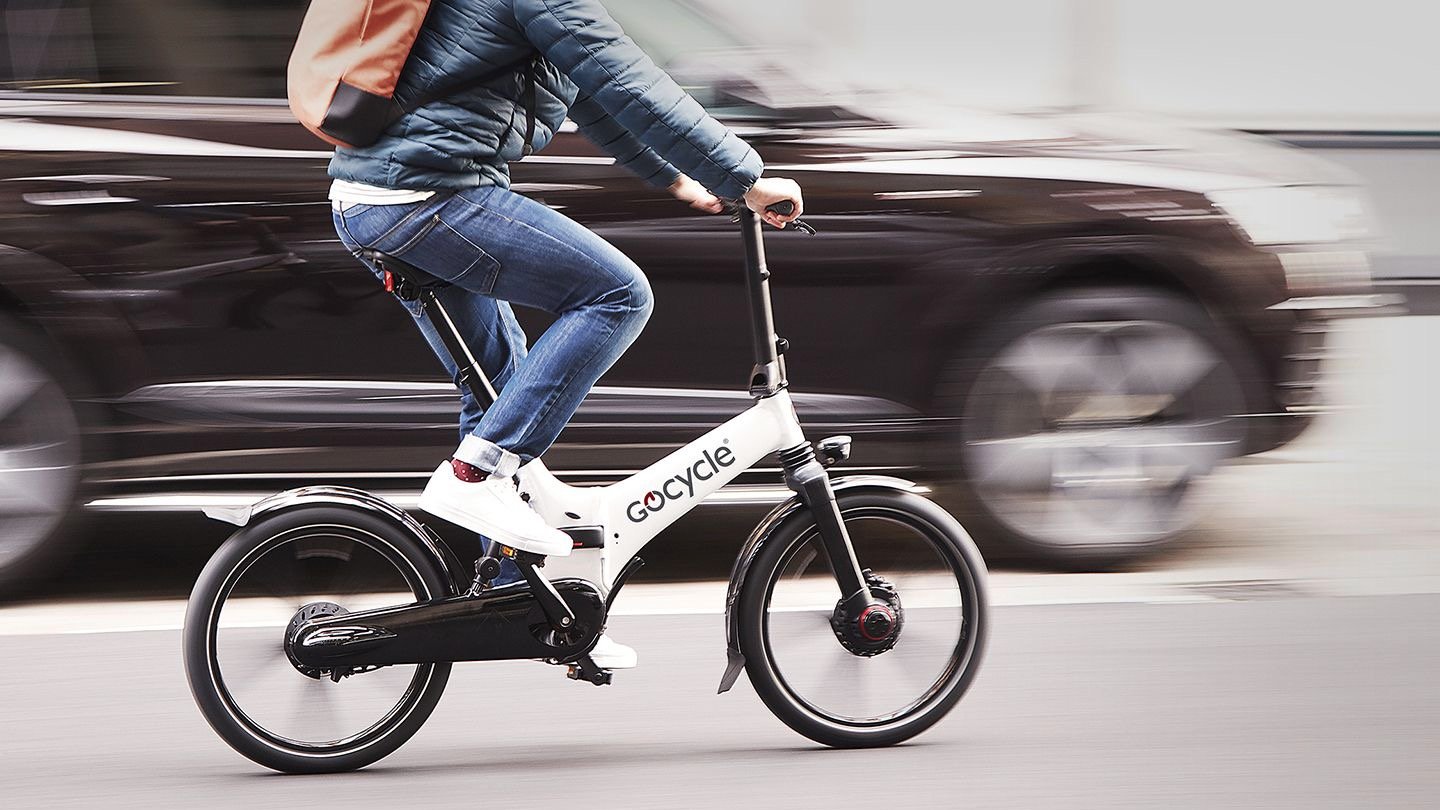 When it comes to how far an electric bike can go, the answer varies, but the basic idea is that e-bikes can travel 50 miles or more on a single charge. As with any other form of transportation, there are variables that play a role in how far an electric bike can go, including the terrain that it will be used on. While most e-bikes can go anywhere you want to go, some of them are built to handle rougher terrain than others.

Unlike non-electric bikes, which are lightweight and easy to transport, electric bikes tend to be heavier than their non-electric counterparts. As such, you should try to pedal as hard as you can to increase the amount of distance you can cover in a single charge. A good way to extend your range is to reduce your weight. As you ride, keep in mind that more weight puts pressure on the motor, reducing the overall weight will also increase your range.

Contents hide
1 How far can an electric bike go on a single charge?
2 Will more power give you a better range?
3 Is battery capacity important if you want more range from your E bike?
4 Where to charge an electric bike?
5 What factors affect how far an Electric bike can go?
6 How to take advantage of your bikes range?
6.1 How Far Will Electric Bikes Go?

How far can an electric bike go on a single charge?

The range of an electric bike varies from one model to another. The longer you ride the bike, the greater the range. However, the range depends on a variety of factors, including the location of the ride, weight, and wind speed. The average e-bike can go 60 miles/100 kilometers, and it’s possible to get up to 120 miles/200 km on a single charge.

The more expensive models have higher-quality batteries that last longer. Choosing the right bike is essential for long-distance rides, but a good battery will allow you to pedal as much as you want. Even on rough terrain, you can easily get 20 miles from a single charge. On smooth paths, the range can be up to forty miles.

Will more power give you a better range?

More power isn’t necessarily better for your electric bike’s range. The more watts your motor has, the more range you’ll get. You can increase the distance you’re able to travel by adding more battery capacity. And by reducing your speed and lowering your pedal-assist mode, you’ll reduce the risk of running out of power. However, it’s important to know the differences between high-voltage and low-voltage models.

Pedaling an electric bike reduces the range it can provide. Choosing one with more pedal power will extend the range, but it’s not necessarily more energy-efficient. A higher pedal-power level will allow you to cycle further. Similarly, a higher wattage level will mean a better performance. Remember that e-bikes have multiple batteries, and a higher battery will extend their life.

If you’re trying to increase the range of your electric bike, you need to understand how energy consumption is affected by speed. A faster e-bike’s range will be longer, but the speed will decrease. The higher the wattage, the lower the range. In contrast, a lower-wattage model’s riding-range will be more limited. A higher-wattage model’s range is determined by the kWh capacity of its battery.

Is battery capacity important if you want more range from your E bike?

The battery capacity of an ebike is essential if you want to get more range. The bigger the battery, the longer the range will be. You can extend the range of your ebike by riding it on lower power levels and then increasing the power as you ride. A larger battery will be more energy-dense and can last longer between charges. If you’re planning to ride your ebike a lot, you should choose a high-capacity battery.

The battery voltage is another important feature to consider. It indicates the amount of energy the ebike can hold. This is measured in Watt-Hours and is measured in sequences of twelve, twenty-four, thirty-six, forty-two, and sixty-two volts. The higher the battery voltage, the longer the range will be. This is based on the weight of the rider, the temperature outside, and the amount of pedaling you do.

Where to charge an electric bike?

Coffee shops and public libraries are ideal spots for charging your ebike, as these establishments often have outlets nearby for your convenience. There are also a few special ebike charging stations that you can use to recharge your bike.

If you don’t have an outlet in the area, you can buy an inverter instead. These are more expensive than a second battery, but they’re very convenient, especially when you’re outdoors and far from an electric outlet. However, these units should be used sparingly. An inverter is capable of powering a large battery, so you should only buy one if you need to use the device on a daily basis.

What factors affect how far an Electric bike can go?

A number of other factors also influence the distance an electric bike can travel. For instance, the weight of the rider and the surface of the commute route both affect range. For example, a smooth tarmac road will give the rider a greater range than a bumpy mountain path. Riding against a strong headwind will sap battery power, while riding with a tailwind will increase range and conserve battery power.

How to take advantage of your bikes range?

There are some ways to maximize your electric bike’s range. The first is to pedal hard at the right time. Hills takes a lot of energy and pedaling harder at these times will help you get more range out of your bike. Riding slower will also help reduce wind resistance, which will decrease the drain on your battery. While this is more work for you, it will save you money and give you a longer ride.

Next, you should let off the throttle before you come to a stop. It will help you save energy and extend your trip. When you reach a stop, you should let off the throttle and let the motor cool. This will cut down on the amount of energy you waste and add a few seconds to your trip. You should also keep your weight low when riding your electric bike. You should only load it up with the essential items, such as your cell phone and wallet.

Next, you should let off the throttle before you come to a stop. It will help you save energy and extend your trip. When you reach a stop, you should let off the throttle and let the motor cool. This will cut down on the amount of energy you waste and add a few seconds to your trip. You should also keep your weight low when riding your electric bike. You should only load it up with the essential items, such as your cell phone and wallet.

How Far Will Electric Bikes Go?

Juiced electric bikes have a range of between 40-100 miles depending on a variety of factors such as battery size, average speed, terrain, rider weight.

Cynergy e-bikes is a strong advocate of the synergy resulting from combining human pedal power with electric power, so we’ll tell you the expected range when doing both. On a weekend urban ride a normal electric bike can reach up to 50 km, if you do it on the open road, it can reach 80 km. The best mid-range electric bikes will tell you they have a range of 56 miles or 90 km, and that’s pretty impressive.

Pedaling when using an electric bike just helps to get it going, you won’t get as tired as when using a regular bike but that doesn’t mean it won’t work if the battery dies.

Electric bikes are becoming increasingly popular, and although they are something relatively new to the market, the industry is booming. That’s one of the many reasons why e-bikes are favored over electric scooters, which often weigh 150 pounds or more. For example, e-bikes with fat tires do great on rough surfaces like snow or sand, but have a shorter range due to increased drag.

If you ride an electric bike in a city, you will have to stop and start more than once each trip because of cars, pedestrians, and traffic lights. Some electric bikes sold in North America allow you to operate by simply twisting the throttle without pedaling. Cynergy E-Bikes has a full service department for both mechanical and electrical work, with experience servicing electric parts for many different brands of e-bikes. So, figuring out how far you can go with an electric bike is somewhat difficult and can’t be distilled to an exact number.

There are solar panel chargers designed specifically for electric bikes, so you can charge them on the go, save money and save the planet by tapping into the renewable energy source. If you run into a problem with an electrical part, you’ll want to go to a shop that has experience servicing electric bikes and make sure to check the lubricant. However you calculate it, even though an ebike uses electricity that can come from fossil fuels, the amount of CO2 emitted compared to a car is minuscule.