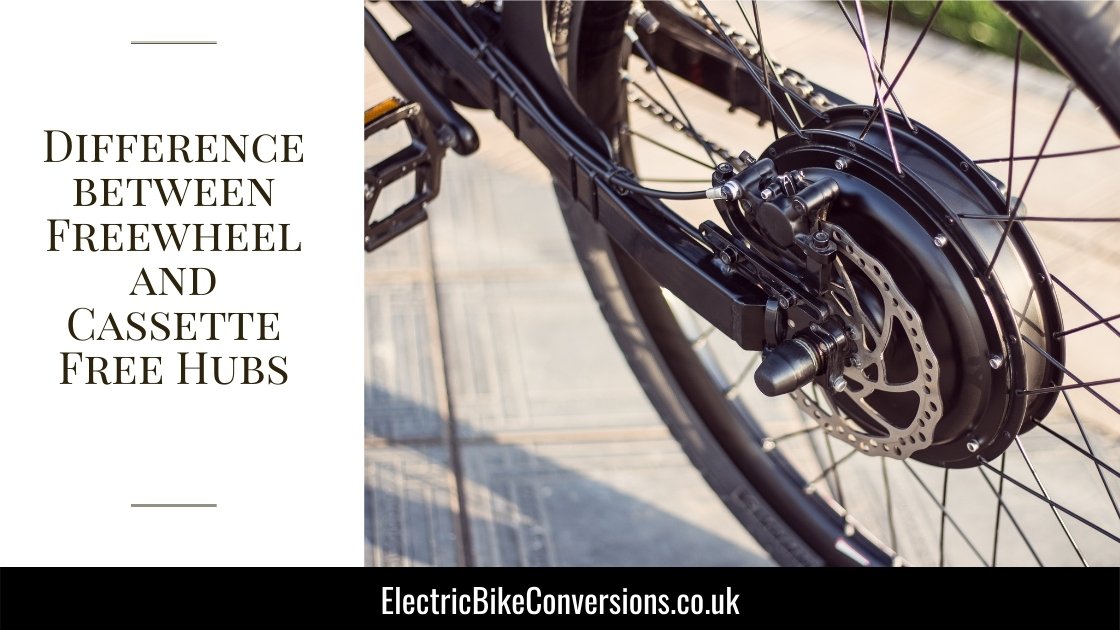 Difference between a Freewheel and Cassette Free Hubs:

You may have noticed that these rear wheel electric bike conversions kits come with a 6 speed freewheel. The truth is you can use most freewheel free hubs on our kits BUT not Cassette’s.

THEY ARE NOT THE SAME!

The reason for this post is to educate you on the difference and to help you determine which you have on your current bike as there is a great deal of confusion about which is which. It will also help to see how many gears you will potentially lose.

It doesn’t help that the terms “Freewheel” and “Cassette” are often used interchangeably by a lot of people within this industry, an error that causes a lot of wasted time and money.

Traditional rear hubs came with a standardized set of threads to which a standard Freewheel or Sprocket Cluster could be screwed on. This basically allowed any brand of freewheel to be mounted on to any brand of wheel hub. If you wore out your sprockets or just fancied a different gear ratio you could literally unscrew the Freewheel and install a new one.

Recently Shimano “Freehubs” have largely replaced the conventional threaded rear hub. This has meant that we have now lost the brand interchangeability that formerly existed but these hubs work so well that they have become the new standard since the late 1980’s.

These sprockets are commonly sold as a set, called a “Cassette”. These sprockets in a cassette are normally held together by three bolts/rivets more for ease of installation. These bolts/rivets are by no means necessary, they make it easier to keep the sprockets and spacers in the correct position when removed from the ratchet body.